Presenting the WORLD PREMIERE of “PEOPLE OF PITTSBURGH: The Alchemist of Sharpsburg”!

Hello, RealTime friends and family! Below is all the info we’ve been sharing everyone on the WORLD PREMIERE of the first installment of our long awaited “People of Pittsburgh” series, “The Alchemist of Sharpsburg”! We are so ecstatic to finally be sharing this show with you, and cannot wait to see our your lovely faces back in a theater again. So, read up on the show, take our Buzzfeed quiz, and purchase your tickets before they’re all gone!

REALTIME INTERVENTIONS, Pittsburgh’s community-fueled, performance-based arts company, presents the world premiere of “People of Pittsburgh: The Alchemist of Sharpsburg” at City Theatre’s Hamburg Stage on April 7-17, 2022. The show is a live, interactive exploration of the life of Candra, a Hindu-practicing, black-metal-listening game enthusiast with multigenerational roots in Sharpsburg, PA.

This first installment of “People of Pittsburgh” is written and “game-mastered” by RealTime Co-Artistic Director Rusty Thelin, who is teaming up with ceramicist, mixed-media sculptor, and fellow gamer Emmannuelle “Manu” Wambach to tell this extraordinary Sharpsburger’s story. Since Rusty, Manu, and Candra are all life-long gamers, they’re blending elements of theater and game design to create an original experience in which the audience will unlock the secrets of Candra’s life by playing an original game together. Although audience members can opt out of participating directly and instead take the role of observers, some brave “spect-actors” will portray characters from Candra’s life; maps will be consulted, dice will be rolled, and by the end of the show everyone–participants and observers alike– will have “leveled up.”

Says Thelin, “I knew within minutes of talking with Candra for the first time that this was someone who contained multitudes. He has challenged my assumptions about religion, spirituality, and society in general, and led me to see the neighborhood of Sharpsburg in a new, more nuanced way. My hope is that the show will do the same for our audiences.”

“People of Pittsburgh”, expected to continue through 2022 and beyond, is RealTime Interventions’ newest live, performance-based series, after creating several new works online since March 2020. Each “People of Pittsburgh” show will be a theatrical portrait celebrating the personality, lived experiences and personal history of an extraordinary, ordinary Pittsburgher; and starting in 2023, the public will be able to nominate subjects for the shows.

The series marks a new level of collaboration for RealTime’s founders/core artists Molly Rice and Rusty Thelin, and is in many ways a love letter to the fellow artists and residents of the city they call home. Each show will unite artists from different artistic disciplines, challenging them to collaboratively craft a compelling work that captures a Pittsburgh-area resident, and encouraging innovations in form to match the unique content that makes up an individual’s life.  Says co-Artistic Director Molly Rice, “The only criteria RealTime has for the shows are that the subjects are everyday Pittsburghers– not ‘Pittsburgh famous’ or widely recognized– and that the artistic team doesn’t limit itself to pure docudrama in the telling of the story. We feel that everyone, if you look closely enough, is a work of art, and the way a unique human being is depicted should be as original as the person themselves.”

The next “People of Pittsburgh” production is slated for September of 2022, will feature an amazing resident of Braddock, PA, and will be creatively helmed by playwright/ songwriter Molly Rice and visual artist Christine Bethea, with Rusty Thelin directing.

“People of Pittsburgh: The Alchemist of Sharpsburg” will be presented in City Theatre’s Hamburg Studio Thursdays through Sundays, April 7-17. All shows Thursday through Saturday will begin at 7PM, with Sunday shows at 2PM. In addition, there will be two “late night” performances at 9:30pm on both Saturday the 9th and the 16th. There will also be an opening night party on Friday, April 8th after the show.

RUSTY THELIN (writer/co-director & co-conceiver/Game Master) is a graduate of NYU/Playwrights Horizons Theatre School.  He has worked with 13P, Clubbed Thumb, Soho Rep, The Brick and New Georges. Rusty graduated from the Commercial Theater Institute, and produced indie musicals ERNEST SHACKELTON LOVES ME by The GrooveLily’s; FUTURITY by The Lisps (A.R.T.); STRUCK by Rebecca Hart and SOMETIMES IN PRAGUE by Orion Johstone & Joshua Gelb; and Molly Rice’s CANARY (NYTW), directed by Tony Award Winner Rachel Chavkin. As a director, Rusty has developed new plays by Lucy Thurber, Maura Campbell, Justin Maxwell, and Molly Rice; as well as classics like DEATH OF A SALESMAN, ROSENCRANTZ AND GUILDENSTERN ARE DEAD, and HAMLET. Rusty has appeared on stage as a number of Shakespearian characters, including Petrucchio in THE TAMING OF THE SHREW, Caliban & the villainous Antonio in THE TEMPEST, and the good Antonio in TWELFTH NIGHT; he was nominated for an Irene Adler Award for the role of Jess in PAPER CUP OCEAN.  Rusty is Artistic Director of RealTime Interventions, whose projects include THE SAINTS TOUR, KHURAKI, and ANGELMAKERS:  SONGS FOR FEMALE SERIAL KILLERS.

EMMANUELLE WAMBACH (lead artist) grew up in Harrisburg, Pennsylvania in a multi-racial and cultural family that instilled a love of art in her at a young age. However, it wasn’t until college that she discovered her love of the ceramic arts. Emmanuelle received her BA in art from Swarthmore College in 2008, her Post Baccalaureate Certificate from the Pennsylvania Academy of the Fine Arts in 2009, and her MFA in ceramics and sculpture from Indiana University of Pennsylvania in 2012. Emmanuelle moved to Pittsburgh in 2014 to hone her ceramics skills and become part of Pittsburgh’s vibrant ceramics and arts community. In 2016 Emmanuelle traveled to Japan as part of the Shigaraki Ceramics Cultural Park’s Ceramic Artist Residency. She returned to Pittsburgh with a renewed love of ceramics and a new motivation to create. She has taken part in various shows and has been a teaching artist in many venues across the city, including at the Pittsburgh Center for the Arts, Union Project, Propel Schools, and Sweetwater Center for the Arts. Currently, Emmanuelle is a full time Early Childhood Preschool Educator at the JCC of Greater Pittsburgh. She is also a teaching artist and Ceramics Cooperative Member at Union Project, teaches ceramics classes at Ton Pottery, and is a Producer at Monmade and the Origins Collective. Her work can be found at PG&H Pop up shop in Downtown Pittsburgh, Love Pittsburgh in Mount Washington, Gather Sewickley, Ton Pottery in Millvale, and The Society Of Contemporary Craft and Songbird Artistry in Lawrenceville.

MOLLY RICE (co-director & co-conceiver, dramaturg) is a playwright/experience designer whose work gravitates toward unusual collaborations, offbeat musicality and site-specific enchantments. Published & produced across the US, awards for her work include Brown University’s Weston Prize for Playwriting; selection for the Women’s International Playwriting Festival; nominations for the NY Innovative Theater Awards, the Kesselring Fellowship, Pittsburgh’s Mayor’s Award for Public Art, and the Organizational Diversity Champion Award (GlobalPittsburgh); and numerous grants and national residencies. Molly is Co-Artistic Director and Lead Playwright of the community-fueled, performance-based arts company Real/Time Interventions in Pittsburgh.

Tickets are available right here on our website, realtimeinterventions.org! 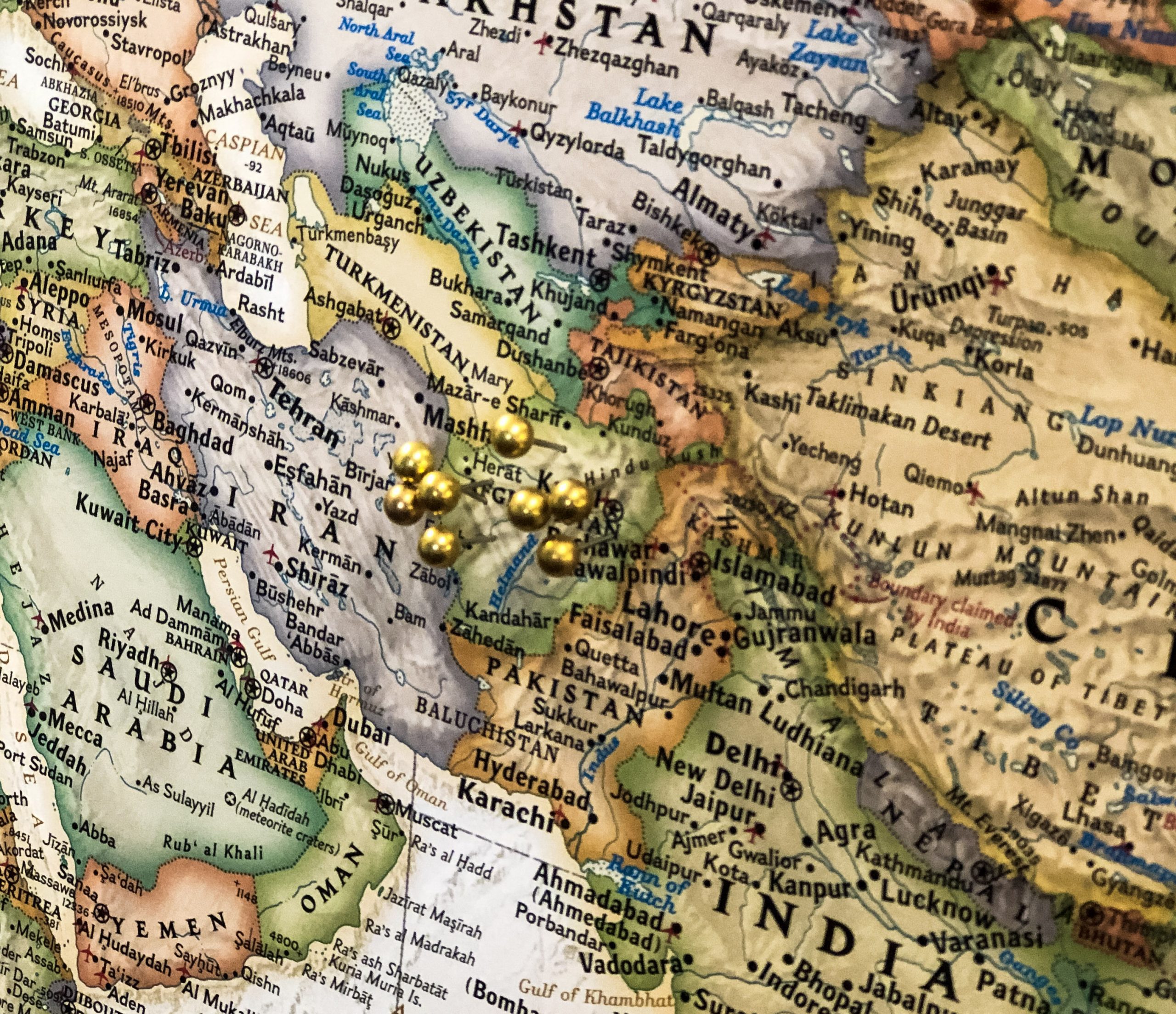 Our Hearts Are With Afghanistan

Our Hearts Are With Afghanistan